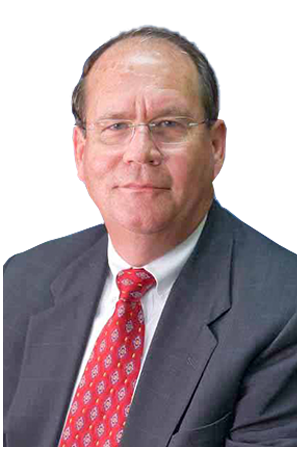 With more than 40 years of experience, D.C. Offutt, Jr., is one of the premier defense attorneys in West Virginia and Kentucky, particularly with regard to the defense of medical negligence claims. Throughout his career, Mr. Offutt has focused his practice on defending claims against physicians, hospitals and other healthcare professionals and facilities. In this regard, he has tried over one-hundred twenty-five jury trials to verdict in federal and state courts throughout the state of West Virginia and in the surrounding states of Kentucky, Ohio, Virginia, and Maryland. Within the broad arena of medical negligence claims, Mr. Offutt has tried twenty birth injury cases to verdict, achieving outright defense verdicts in all but three of those cases. As a result of his willingness to take difficult cases to trial and his ability to win the majority of those cases at trial, Mr. Offutt has been able to achieve many favorable settlements in high risk cases on behalf of his clients without the necessity of going to trial.

Mr. Offutt appreciates and understands the personal and professional impact medical malpractice lawsuits have on health care providers and works hard to guide his healthcare clients through the litigation process to achieve the best possible outcome in terms of clearing their professional reputations.

Mr. Offutt is an avid amateur photographer and in his spare time he travels the world seeking to capture images of the earth’s magnificent birds, animals, and iconic natural landscapes before they are permanently altered by the effects of global warming.